I will collect here any short essays or book chapters that address this question, starting with this one:

André Comte-Sponville: What is Philosophy?

Here is the essay that has mainly been my guide in determining what is PhiloSophia:

Wilfred Cantwell Smith: Philosophia as One of the Religious Traditions of Humankind

Here is a clean pdf copy of this short (1k words) essay:

Alan Watts: The Finger and the Moon

There is a lot of material on Watts on the web, but I would recommend the film made by Watts’ son Mark:

The Wisdom of Alan Watts in Four Thought-Provoking Animations

The Dream of Life 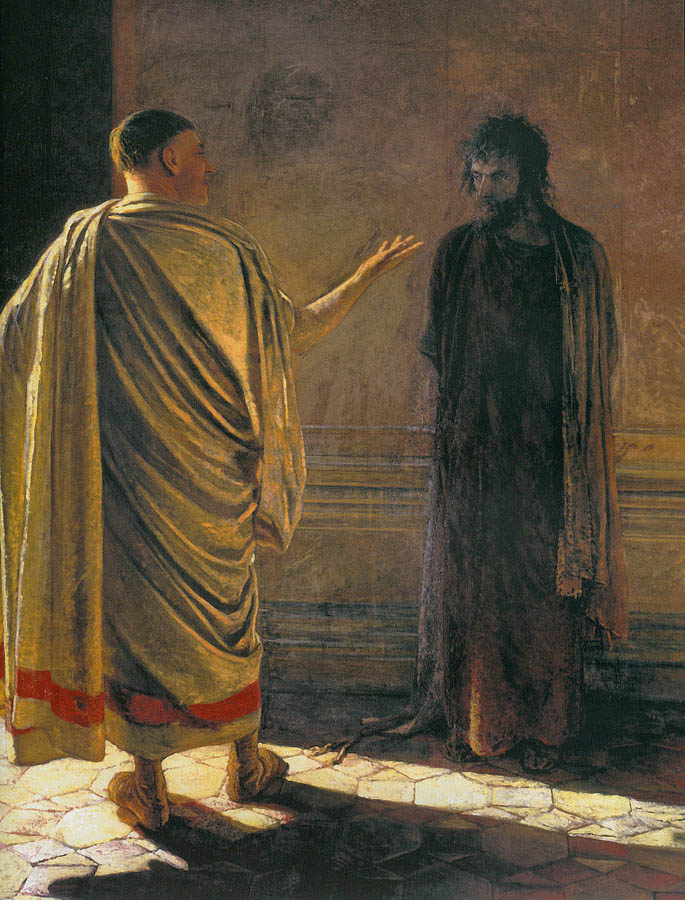 Here are notes that I prepared in support of the theme:

These are text only notes that can be printed up two-sided on one A4 page to make a little booklet: what-is-truth-text-booklet

This one is a commentary around the Ge painting, that can form a booklet as above: what-is-truth-colour-booklet

And here is the plain version: what-is-truth-colour-onscreen

Some years later, I found a partial answer in modern French phenomenology:

Michel Henry: I am the Truth – Chapters 1 and 2

Having recently become acquainted with Iain McGilchrist’s The Master and his Emissary, I would now see Pilate as representing the left hemisphere and Jesus the right. They are even placed that way in Ge’s painting and the centrepiece is Pilate’s right hand which is controlled by his left hemisphere.

This is clearly an archetypal theme. I’m still researching it and will probably do so indefinitely.

PhiloSophia will host a session in the library discussing this topic, on 4 March 2018:

Happiness: Is it worth it?

The first version of this topic occurred in 2015, run through Sydney Philosophy Circle:

Happiness: Is it worth it?

Photos associated with this first session:

Entering the marketplace: #10 of the Zen Ox Herding series 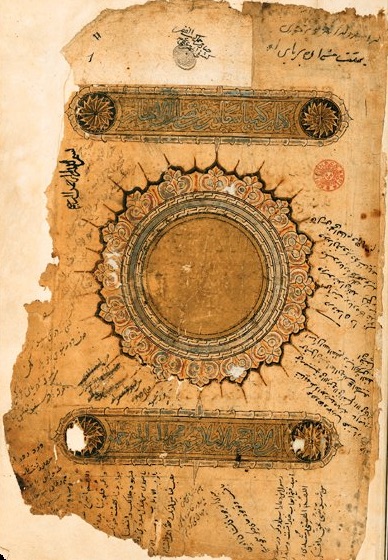 Here is information and resources regarding the book Sapiens by Yuval Noah Harari which was run as a Coursera mooc back in 2013.

In May 2015 and through Sydney Philosophy Circle, we began holding discussion meetings based on the Coursera lecture series, which is freely available online. At the first meeting we simply looked at the first lecture (or chapter of the book), as a sort of taster:

Notes on this first lecture and all subsequent lectures are provided here:

Here is the full course content as it appears in the lecture series (and coursera mooc):

Part III: The Unification of Humankind
Lecture 8: The Direction of History
Lecture 9: Imperial Visions
Lecture 10: The Law of Religion

Here are the corresponding chapters in the book that Harari later published:

Note that extra chapters were added, making a total of 20 chapters, as compared to 17 lectures.

The first chapter of the book (plain text, no illustrations): homodeus-ch1

Back in 2013, I tried to hold a meeting on the topic of conversation. I initially offered it to Philorum (a philosophy group active at the time) and then I tried to hold it myself under the banner of PhiloSophia. Neither attempt got off the ground and I let it go as being perhaps too weird.

I am going to give this another go in 2018 as PhiloSophia is going through a phase where a good look at how we conduct our conversations in the library is much needed.

First, here are the notes I prepared for the 2013 version of this topic:

Second, here is a further resource recently recommended by Fred:

If anyone has further resources to recommend, let me know and I’ll add them here.

Ken recommends we look at Paul Graham’s hierarchy of disagreement:

Also, don’t forget some good tips in Jordan Peterson’s Rule 9, especially the sections on “A Listening Person”, “How Should You Listen?”, and “Conversation on the Way”.

The Ten Commandments of Logic